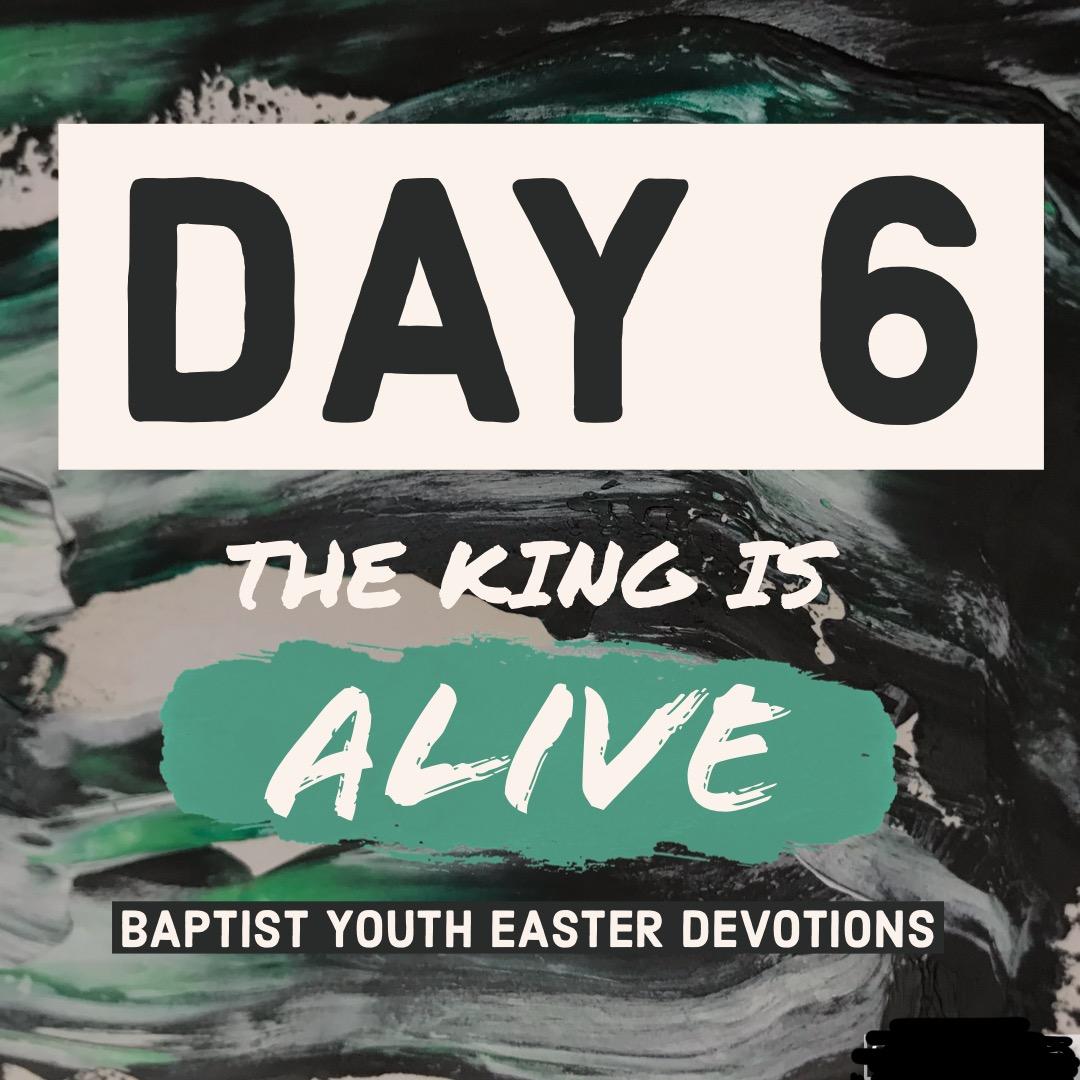 Is Jesus still on the throne?

Today we stand in the middle of Good Friday and Resurrection Sunday. We stand in the interlude. For us as 21st Century Christians with the benefit of God's full revelation, this interlude is one of anticipation. Why? We know that Sunday is coming! We know that the sobering events of Good Friday were not the final part of the Easter Story. However, can you try and imagine, even for a few moments, how Jesus' followers must have felt just after the events of Good Friday?

No doubt they experienced a mixture of emotions. They will have felt utter sorrow, knowing that their teacher and friend had suffered and died. They may have felt uncertainty, trying to piece together all the events surrounding Jesus death and it's significance. They probably felt a significant level of fear - If this is what the Romans did to Jesus, what could they to us as followers? However, perhaps one of the overarching emotions these disciples would have felt was one of confusion. 'We thought Jesus was the Messiah' they may have said. 'Our hopes were pinned on Jesus and now he's dead!'

The question the disciples could be forgiven for asking is this - 'Is Jesus Still On The Throne?' By that, I don't mean, is Jesus physically sitting on a throne between his death and resurrection (The whereabouts of Jesus in those 3 days is a discussion for another day). What I mean is this - Is Jesus still King? Is Jesus still in control? Is Jesus still sovereign? Or has Satan actually won?!? Because the truth is, from a human perspective, that is exactly how it appears.

Of course, in this instance, as you are reading this devotion, you know the answer. "Of course Jesus is still on the throne! Of course Jesus is still in control. He knows exactly what he is doing" you might say! However, is it possible that, even though you are able to see God's providential hand at this point in the Easter story, you aren't able to see God's providential hand in your own life? Perhaps 'Is Jesus still on the throne' is the exact same question you are wrestling with in your own personal circumstances. As you look to your difficult situation, broken relationships, unfulfilled aspirations and, maybe for some of you, deep sorrow; does it seem like God is not on the throne?

I imagine that is something that the church were wrestling with in Acts 12. By the time you get to verse 4, things really don't seem to be going too well. Already by that point, Jesus has ascended to heaven and only one of the 3 key leaders of the early church is free. James has already been murdered (v2) and now Peter has been captured and put in prison under maximum security! Things for the early church are pretty bleak. We can see their desperation as they gather together to pray for Peter's deliverance (v5 & v12). Wouldn't It have been tempting for those early believers to ask themselves, 'Is Jesus still on the throne?'

But what this passage, and the Easter Story itself, reminds us of is how God is always on the move. Even when it appears that circumstances literally couldn't get any worse! Even when, from a human perspective, there is no means of deliverance, God's word is always victorious and King Jesus will always conquer! Notice the utter transformation that begins to occur in this passage. As you read through the chapter, Peter is miraculously freed from his prison cell by an angel of the Lord as he makes his way to join his fellow church members who are simultaneously praying for him. Not only that - the mighty and bloodthirsty King Herod, who's power was unparalleled in that day, was struck down by the Lord. This is one the great examples of God turning a horrible situation on its head.

Note how quickly and powerfully God brought about transformation in this passage. At the beginning of the chapter: James was dead, Peter was imprisoned, the church was in chaos and Herod was reigning. By the end of the chapter: Herod is dead, Peter is freed, the church is rejoicing and Jesus is ultimately proved to be the one who is truly reigning! This is the transforming power of God!

And notice that this transformation is brought about entirely by God! Peter is no hero in this passage, nor are the church members. In fact, Luke doesn't depict them in a great light. The reason being -  he wants to ensure that you, the reader, are aware that this is all a work of God. Notice how:

I used to love the TV series called 'Prison Break.' If you've seen It, you might be tempted to liken Peter here to Michael Scofield, the clever character who intelligently navigates a group of prisoner's escape from prison. However, when you look closer at these verses, you discover that Peter is anything but Michael Scofield. He does nothing extraordinary - he isn't even aware of what's really going on. This is entirely a work of God!!

In what areas of your life are you tempted to think that God is not on the throne?

How does the Easter story and that of Acts 12 encourage you?

Where in your life do you need to ask God to help you submit to his rule, even though it goes against what you desire?